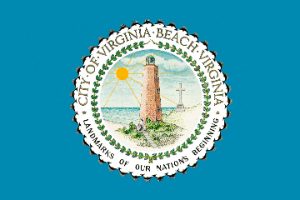 A contentious condemnation case has produced a federal court ruling that the city of Virginia Beach is liable for violating the constitutional rights of a dentist and his practice.

Among the judge’s findings is the conclusion that the city unlawfully discriminated against the business for hiring a lawyer.

Almost certainly, the ruling will be costly for the city. Virginia Beach could end up spending as much as $1 million between its own legal expenses, court-ordered damages and expenses of its adversaries, the dentist’s lawyer says.

A hearing next month will address damages.

In an opinion last August, Morgan allowed the dentist’s constitutional claims to go forward while dismissing others from the case (VLW 016-3-392).

In 2014, Bergano was long settled at his office in the “Witchduck Office Court” at a busy corner in Virginia Beach. He had been there for more than 30 years, serving approximately 2,000 patients, according to Morgan’s opinion. He enjoyed an “excellent” relationship with his landlord.

In early 2014, Virginia Beach unveiled plans to widen Witchduck Road, the heavily traveled highway outside Bergano’s office. The plans would have restricted access and parking for the dental practice.

The city offered to purchase the office building in the spring of 2014. In July, a city official told Bergano that he would need to relocate his dental practice because the city needed the entire property. The city allowed Bergano to remain at the building on a month-to-month basis for a year.

A September letter from the city contained information on relocation benefits the city would pay. Bergano started looking for new digs.

When the city took over the next summer, the atmosphere of the Witchduck building changed. The city moved offices of its Human Services Department to the facility. Other than Bergano’s office, all office doors were locked. Security monitored the building around the clock. A parking space was marked “Police Parking Only.”

Dental patients and the doctor’s staff were intimidated and inconvenienced, Morgan concluded. One African-American patient was harassed by a security guard. Even Bergano himself, a Filipino-American, once was questioned about why he was at the building.

A city official encouraged Bergano to keep the city informed about his progress and expenses during his relocation search. In July, Bergano signed a lease for space in a new office building.

Bergano planned extensive renovation work to make his new space suitable for his practice, expecting the city to foot the bill. In August, however, the city official rejected Bergano’s renovation proposals.

In letters from his lawyer, Bergano signaled his desire to appeal the denial.

In response, the city changed its position altogether. An official sent notice that Bergano no longer needed to relocate from the Witchduck building, so the city would not be paying any relocation expenses.

In fact, the judge found that the city had concluded more than a year before that Bergano did not need to move. An internal email to that effect was sent, but city officials “either ignored or overlooked” the communication.

Unhappy with conditions at the Witchduck building, Bergano pressed ahead to move his office, using his own money.

The city dropped the ball on appeal rights, the judge said. The city never responded to Bergano’s request for an appeal of the denial of renovation expenses. The city also ignored appeal procedures for the determination that Bergano and his practice no longer qualified as “displaced persons” eligible for relocation benefits, Morgan said.

Other businesses, including dentists, were not treated so badly, the judge said.

“The City treated Plaintiffs differently, regarding them as adversaries and using tortured interpretations of its own rules to deprive Plaintiffs of their benefits,” Morgan wrote.

The judge said the city treated Bergano and his business harshly because he obtained legal counsel.

“Rather than apprising Plaintiffs of their rights and seeking to resolve any injury, the City increased its expenses by contesting Plaintiffs’ claim at every turn,” Morgan said.

Morgan found the city had violated the dentist’s procedural due process rights by failing to provide any notice, hearing or appeal of its adverse decisions.

Money is next issue

Bergano told a reporter in February he willingly would have accepted $175,000 for his relocation costs at the beginning of the process, without involving any lawyers.

Now he’s planning to seek damages in excess of $400,000, according to his lawyer, Joseph T. Waldo of Norfolk. A claim for attorneys’ fees will be in the “hundreds of thousands,” Waldo said.

The city reportedly has already spent at least $175,000 on outside counsel.

A damages hearing is set for April 19.

The city is represented in the federal action by Hunter W. Sims Jr. of Norfolk. He was not available for comment by press time.